Today the boys from grade 7 were asked what they knew about London. Some of them thought that London had 6,000 people, so they were very surprised to find that London is a big city of over 8,000,000 people. That is more than the whole population of Palestine in one city! The boys had heard of Big Ben and knew about the Olympics. During the 2012 Games they watched swimming, javelin, running, basketball and tennis. When I showed them a picture of 'my house' they were very surprised at how big it is. This is because in actual fact I showed them a picture of Buckingham Palace. I told them that if I ever become King they will all be invited to stay there. Then the bell rang and it was the end of class. Their homework is to look at this blog... lets see if they remember. 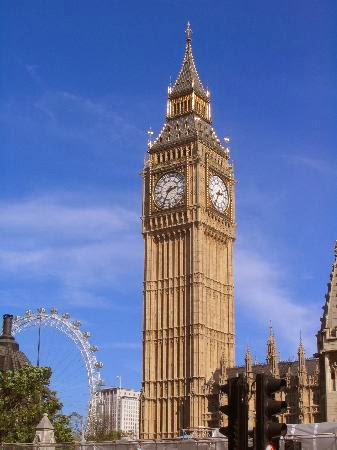 Maybe the classes in London can tell us what they think about Palestine?
Posted by Dar Assadaqa at 03:36

What is this blog for?

The blog for Abu Dis Boys' School and its partners, currently Hampstead School in Camden
This blog aims to include snippets of news, comments, pictures from Abu Dis Boys and its partners as a way of keeping them in touch.
If you want to post to the blog please write to us at contact@camdenabudis.net